The rotting of current social media

Something wicked is growing stronger and stronger across the whole western civilization.

Something that most of us feel is bad.

It was insignificant and overlooked at first but it’s deadly when the metastasis starts to spread.

The cultural Marxism. The “regressive progressivism”. The Rot.

First signs of The Rot can be found as far as in seventies, but the true time of rotting came in the last decade. It grows and eats everything that stands in its way. Everything that made the western civilization so successful and great – the freedom of speech,  the economic opportunities, free thinking, the tolerable bureaucracy… The Rot is taking it all, paradoxically using all the accumulated wealth and freedom as its catalyst. And the process is accelerating.

Internet was an incredible tool for free spreading of information, amazing machine that connects people of different nations and background. Modern forum where people of different opinions could meet and share their believes in free market of thoughts. True wonder that could take us to another level of consciousness.

Some social and creative platforms became more successful, fueled by minds of many smart creators and thinkers. The intelligent, intriguing or funny people were bringing more and more people to these platforms. Millions at first, then tens of millions and later hundreds of millions. But The Rot was already there, small at the beginning but waiting for its opportunity. The more people used these networks, the stronger roots The Rot had. Gradually, the large companies ate the smaller ones and after a while, there were only few behemoths.

Now, when the creators brought the crowd to these behemoths, they are no longer needed. The gluttonous Rot already got its “food”. Anyone that don’t bend their knee to The Rot are removed. Only the spineless ones can stay on these networks to keep the human food hooked and not running away.

The true free thinkers found themselves betrayed, abandoned, vilified. They are finally waking up, opening their eyes, one by one. They’re starint to see The Rot in all its ugliness. And they are looking for a new place that will be more resistant to the infection. Not immune, the full immunity to The Rot is impossible. But as much resistant as possible.

New platforms are emerging from the wasteland left behind by the corporate behemoths and the creators are starting to use them. When enough of them will move from the rotten ones, the faster will the snowball roll. The Great Internet Migration is near.

But the behemoths knows it and they’ll do EVERYTHING in their power to stop it.

Let’s not allow them to do that. Let’s start the avalanche.

The journey can be annoying, tiresome, sometimes unpleasant or even dangerous. But it’s necessary. Because The Rot won’t stop until it eats everything. Let’s abandon the infected behemoths while we still can… 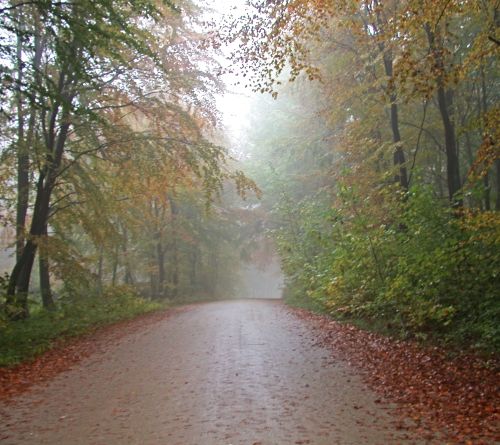